You are here: Home / The Estate History

History of the “Château”

The Château de Bazoches belonged to forty successive owners from twenty different families; but they are always two main roots, the CHASTELLUX and the VAUBAN. These two families have been intersecting during centuries, and they even met in the end: the current owners are, indeed, descendants, each one on their side, of Jean de Bazoches who built the Château in 1180.

Thus, thanks to its experience, matured by eight centuries of History, and its direct links with nowadays reality since its recent opening to the public (1997), the Château de Bazoches approaches the third millennium fully entering into the modern world by the means of Internet.

The Society of Cincinnati

In the centre of the yellow room, a ship from Louis 16th royal marine represents a period of history closely related to this residence’s inhabitants. This period refers to the United States war of Independence that began in 1777 and ended in 1783.

Charles-Ignace de Sigalas, captain, ordering in the Regiment of Agenois, one of the three ancestors of the current owners who took part in this war, embarked on a 74-cannon ship in 1780 when the armada of the Count de Grasse left Brest for America. The large model in the middle of the lounge is the exact copy of this ship. For the American and the French combatants, linked by a strong military fraternity during these years of fight, Louis 16th and Washington created in December 1783 the hereditary order of Cincinnati.

Thus, the Society of Cincinnati, created more than two centuries ago for the generals and the senior officers, still gather their descendants. Currently, the French and American branches respectively gather about 200 and 2300 members.

Many contacts and demonstrations take place every year between French and American Cincinnati, on the two continents, pointing out these glorious memories that set up to some extent the Franco-American friendship, born in this end of the 18th century. 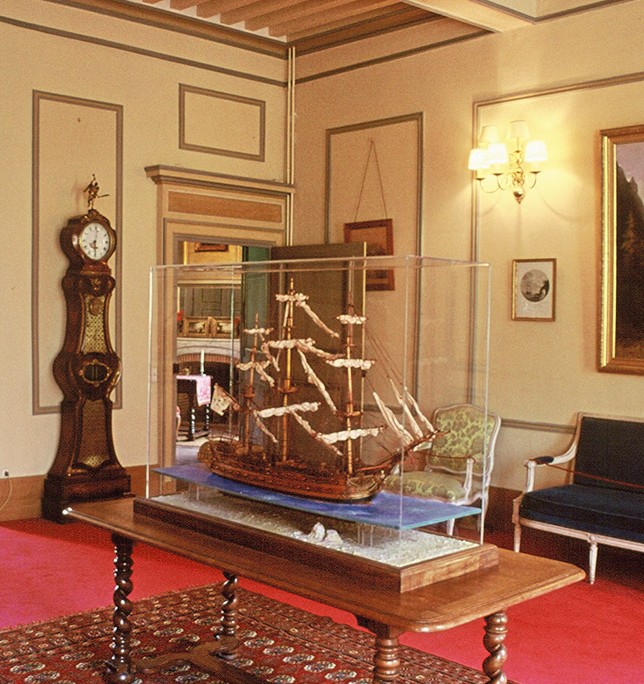 Two castles to be visited.
Since the opening to the public, Bazoches receives many visitors who notice similarities between this Château and the Château de Cheverny, jewel of the Loire Valley.
Indeed, the furniture wealth, the quality of maintenance as well interior as external and cordial environment released by an inhabited Château are the characteristics common to these two properties which belong to the same family inheritance. 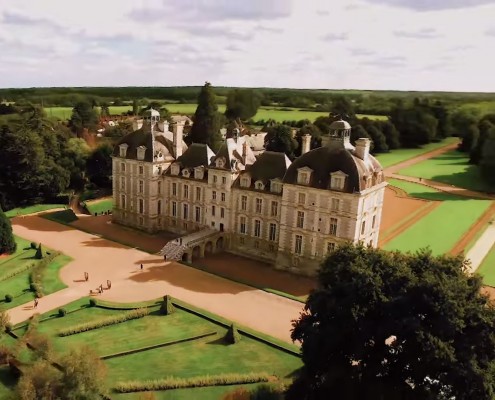 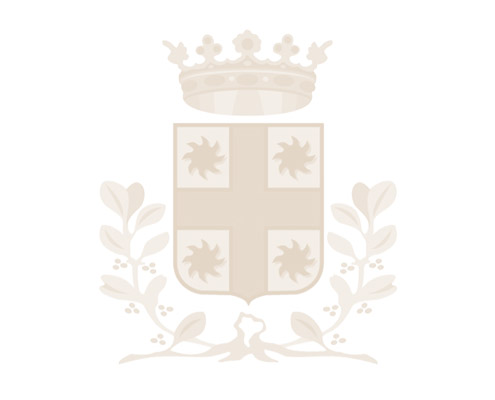 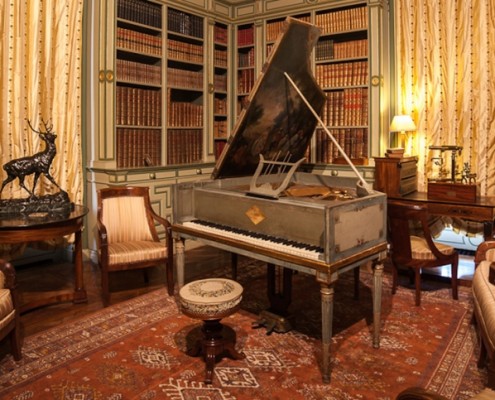 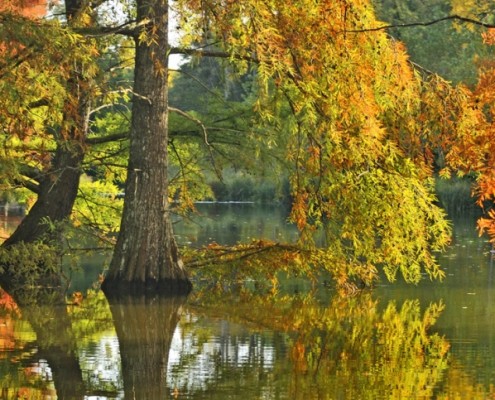